There photos by Melissa Macatee were shot at the FWAA’s annual meeting and breakfast on Tuesday Jan. 13, 2015, in Dallas. 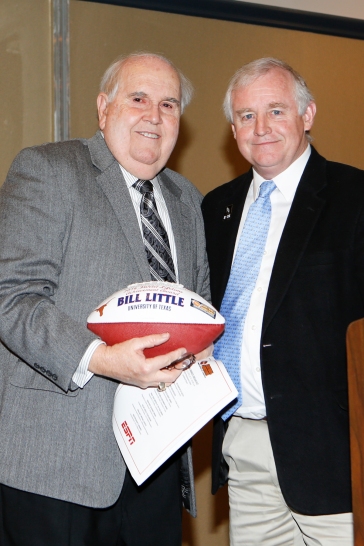 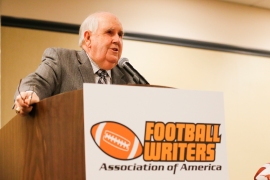 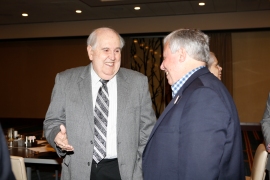 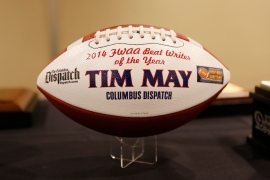 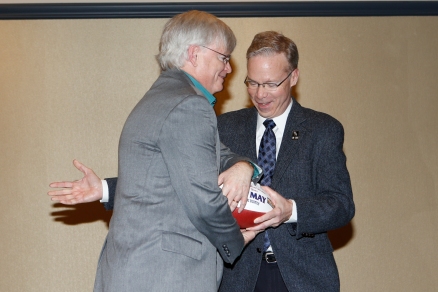 Beat Write of the Year Tim May of the Columbus Dispatch receives a commemorative football from Malcolm Moran. Photo by Melissa Macatee.

FWAA Beat Writer of the Year Tim May of the Columbus Dispatch. Melissa Macatee photo. 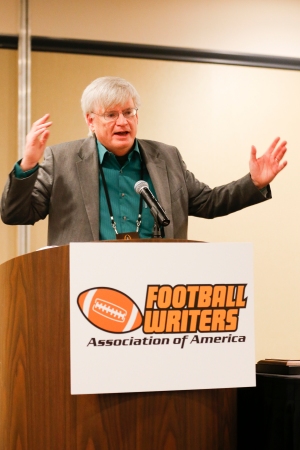 FWAA Beat Writer of the Year Tim May of the Columbus Dispatch. Photo by Melissa Macatee. 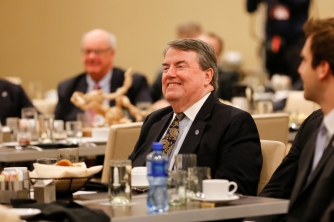 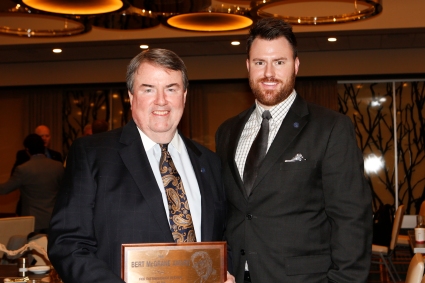 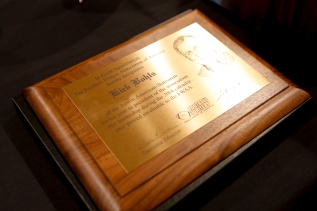 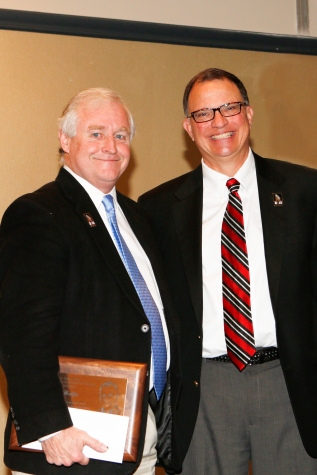 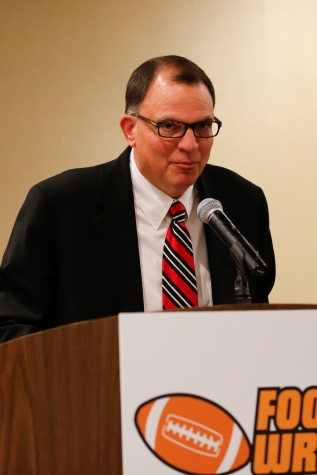 DALLAS –Veteran Columbus Dispatch reporter Tim May has been named  the winner of the 2014 FWAA Beat Writer of the Year Award for his superb coverage of the Ohio State Buckeyes, who played in the first College Football Playoff  Title Game here.

The FWAA’s Beat Reporter of the Year Award is based on a comprehensive look at the way a person covers the beat and encompasses all categories of coverage over a period of time. May was recognized at the FWAA’s Annual Awards Breakfast at the media hotel in Dallas on Tuesday, the morning after the Buckeyes faced Oregon in the title game at AT&T Stadium in nearby Arlington.

May has been a sports writer at the Columbus Dispatch since 1976, covering all manner of events from a few Super Bowls to a few national Putt-Putt tournaments. He has been on the Ohio State beat since 1984.

“I’m honored and humbled to receive this award,” May said. “Most of us local guys just bang away, day to day, but covering Ohio State football for 31 seasons has been quite the rollercoaster ride, from the Rose Bowl to the toilet bowl and back up again. As I’ve always said, I’d have the greatest job in the world if I didn’t have to write.”