Fort Worth, Texas— Three individuals have been named as finalists for the 2020 Armed Forces Merit Award presented by the Football Writers Association of America (FWAA).

The announcement of the 2020 recipient will be made via a 10 a.m. (CT) teleconference Wednesday, Nov. 11 – Veteran’s Day – by Lockheed Martin Armed Forces Bowl Executive Director Brant Ringler and FWAA President Matt Fortuna.

One of the three individuals for the 2020 Armed Forces Merit Award presented by the FWAA was also finalists in 2019 when Army West Point assistant coach Mike Viti was announced last November as the eighth recipient.

Defensive lineman and Marine veteran Alexander Findura of Bloomsburg College of Pennsylvania leads the list of three individuals named as 2020 finalists after he advanced to the final round of voting in 2019.

The Armed Forces Merit Award’s selection committee is made up of seven FWAA members and two representatives from the Lockheed Martin Armed Forces Bowl. A total of 38 individuals and three programs were nominated for the 2019 award that was created in June 2012 “to honor an individual and/or a group with a military background and/or involvement that has an impact within the realm of college football.”

A 1991 graduate of the United States Air Force Academy, Dr. Howard was a Rhodes Scholar and received the 1990 Campbell Trophy, the highest academic award in the nation presented to a senior college football player. A member of the College Football Playoff Selection Committee (2017-2019), Dr. Howard was inducted into the CoSIDA Academic All-America Hall of Fame and a recipient of the NCAA Silver Anniversary Award, which recognizes distinguished individuals on the 25th anniversary of the conclusion of their collegiate athletic careers.

Kansas State and its football team were honored in November 2017 as the sixth recipient of the Armed Forces Merit Award for the university’s partnership with the United States Army that created a bond between the school’s athletic department and the Iron Rangers at Fort Riley. 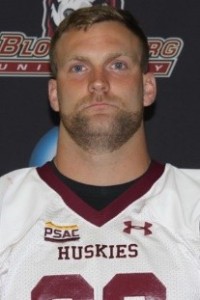 Alexander Findura is a senior defensive lineman at Bloomsburg University where he has appeared in 29 career games and compiled 83 total tackles (41 solos) with 9.5 sacks,22 tackles for losses with two forced fumbles and six pass deflections. In 2019, Findura started in all 11 games for Bloomsburg and totaled 57 tackles along with leading the team in sacks (7) and tackles for a loss (16.5). Findura started his collegiate career at Georgia State where he was redshirted as a freshman in 2011. With a family history of military service (father in the Navy and grandfather an Army veteran), Findura joined the Marines is the summer of 2012. Before his arrival to Bloomsburg University, Alex Findura served four years in the United States Marines and, during his service, was a member of an elite team known as the Body Bearers. The section’s primary mission is to bear the caskets at funerals for Marines, former Marines, and Marine family members at Arlington National Cemetery and the surrounding cemeteries in the National Capital Region. On occasion, they are called to travel to locations around the country to support funerals for senior statesmen, heads of state, and former Presidents of the United States. Entering his fourth season of play at Bloomsburg as a defensive lineman, Findura was named in September as one 22 student-athletes across the country named to the 2020 Allstate AFCA Good Works Team®.

Collin O’Donnell, a junior defensive lineman at Bluefield College, serving in the U.S Army from 2013-2016 and was injured in Afghanistan. After two years at Walter Reed National Military Medical Hospital and seven operations to save his foot, he fully rehabilitated and went back home to Buffalo, N.Y. where he began training with the sole intention of playing college football. While at Walter Reed National Military Medical Hospital, O’Donnell was invited to the White House, where former President Barack Obama personally awarded him the Presidential Call to Service Award for his outstanding service to community. In his first two season playing at Bluefield, O’Donnell has compiled 34 total tackles in 15 games, including 16 unassisted stops. O’Donnell has 7.5 tackles for losses (19.5 yards), one quarterback sack (seven yards) and two passes broken up. O’Donnell, who maintains a 3.33 accumulative grade point average, has volunteered to be an ambassador for the school and leads tours for prospective students. He O’Donnell received the 2019 Richmond Touchdown Club Man of the Year Award this past December, one of the highest honors a College football player in the state of Virginia can receive. In the fall of 2019, O’Donnell won the Tazewell County Business Challenge for entrepreneurs and opened his Coffee and Bake shop called “The Grind” in May 2020. O’Donnell received Bluefield College’s 2019 Champion of Character award from the Mid-South Conference. 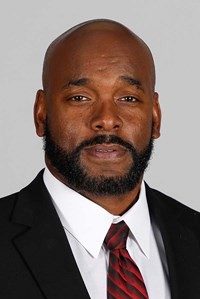 Charlton Warren is in the midst of his second-season as a defensive backfield coach at the University of Georgia. In his first season on the Georgia staff, the Bulldogs led the nation in scoring and rushing defense and ranked among FBS leaders in several other categories. A native of Atlanta, Ga., Warren has coached previously at the U. S. Air Force Academy (2005-2013), Nebraska (2014), North Carolina (2015-2016), Tennessee (2017) and Florida (2019). Warren also participated in the NFL minority internship program in 2007 with the Houston Texans. Warren was a member of the Air Force coaching staff that competed in four Lockheed Martin Armed Forces Bowl games (2007-2009, 2012). In the Falcons’ 47-20 win over Houston in the 2009 games, Air Force’s defense held 2009 NCAA leading passer, Case Keenum to 222 yards and only one touchdown while intercepting him six times. Warren was a three-year letterman at defensive back for Air Force, and helped the program achieve consecutive 10-win seasons in 1997 and 1998. A 1999 Air Force graduate a degree in Human Factors Engineering, Warren was stationed at Warner Robins AFB in Georgia from 2000-2003 where he was a C-130 avionics program manager. Before returning to the Academy in 2005, Warren was stationed at Eglin AFB in Florida as an air-to-ground weapons program manager for the Air Armament Center.