MEMPHIS, Tenn. — Before the Cotton Bowl, before GameDay came to Beale Street, before Memphis won the American Athletic Conference title game by beating Cincinnati on back-to-back weeks, there was a moment of high tension in the home opener against Ole Miss.

Mike Norvell decided to go for it. But Memphis running back Patrick Taylor had just left the game with a foot injury.  So Norvell sent in a redshirt freshman running back named Kenny Gainwell, who promptly got loose for a 4-yard catch and a first down.

Gainwell went on to touch the ball seven straight plays in that final, clock-draining, game-clinching drive. Memphis went on to have the best season in program history. Norvell went on to get the head coaching job at Florida State. But it all began in that moment of high tension, when an incandescent new star emerged.

Gainwell’s incredibly consistent performances during the regular season are why he’s the recipient of the FWAA’s Shaun Alexander Freshman Player of the Year Award. 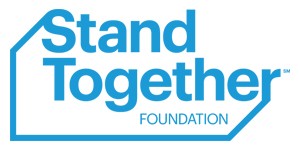 “He’s an unbelievable weapon,” is how Memphis quarterback Brady White described Gainwell. “People may not have have known how good he is before the season, but I guess they know now.”

People didn’t know about Gainwell because of the two guys in front of him. Darrell Henderson and Tony Pollard, who are now playing in the NFL.

He has the soft hands and explosive, straight-away speed of Pollard. He has the uncanny cutting ability and elusiveness of Henderson.

Gainwell’s older brother — Curtis Gainwell Jr. — accepted an academic scholarship to Southern Miss. He was going to join the football team as a walk-on. At least, that was the plan until he suffered a brain bleed while lifting weights. The older Gainwell had four surgeries, lost full range of motion in his right hand and never played football again.

ESPN told the Gainwells’ story when GameDay came to a Beale Street before the team’s win over SMU. It is difficult to explain what that day meant to Memphians, to a fan base that had hung in through decades of ineptitude and ridicule.

But in many ways, Gainwell is a perfect representation of what the program has become. Overlooked by the big boys. But pure misery to deal with now.

Gainwell wound up with 1,459 rushing yards for the season. He caught 51 passes for 610 more yards.

After Gainwell and Memphis exploded all over Tulane at the Liberty Bowl, Tulane head coach Willie Fritz said, “I didn’t see it coming.”

The rest of the country knows how he feels.

Nobody saw this Memphis program coming five years ago. Nobody saw Gainwell coming as recently as this spring. That’s when Gainwell explained his philosophy of running this way: “I’m just trying to be really fast because if you’re fast you’re not going to be caught by slower people.”

There’s an unmistakable humility to Gainwell. As if anyone could do what he does. Just run faster than those those slower people. It helps that nearly everyone is slower than him.

So expect to see more of the same from Gainwell. Norvell may be off to Tallahassee, but Gainwell returns under new coach Ryan Silverfield.

“You want to get him as many touches as possible,” Silverfield said.

About Stand Together
The Stand Together Foundation, presenting sponsor of the Shaun Alexander Freshman of the Year Awards, is committed to breaking the cycle of poverty by supporting the creative solutions of individuals and organizations who are driving dynamic entrepreneurship in communities across the country and helping people transform their lives. Founded in 2016, the Foundation partners with the nation’s most effective and top-performing non-profits to help them deepen and grow their impact through innovative solutions to break barriers for people in poverty so that they can realize their potential.