A funny thing happens every Fourth of July at my in-laws’ cookout. And no, I’m not talking about my cousin annually rigging the family cornhole tournament in his favor. 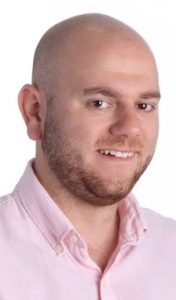 Sure, it is the peak of summer; who doesn’t love food, family, fireworks and fun? But the conversations for me — and I’m sure for most of you — inevitably shift to college football season. It turns out that when a majority of your family has graduated from two of last year’s Playoff schools (but, alas, not the two finalists), it is never too early to start the hype machine, and the questions are aplenty.

For those of us in the FWAA, Independence Day is a reminder that our summers are darn near over, and that that is perfectly fine if you are fortunate enough to make a living writing about this great sport.

It may be hard to believe, but media days — our preseason — are upon us. Four of the five Power conferences will hold their annual kickoff events next week across the country, and the FWAA will be out and about at each of them — along with the Pac-12 the following week — looking to spread the word about our message.

We recently announced our new access/press relations committee, a collaborative effort between a talented and experienced group of writers and media relations pros who will help ensure a healthier dialogue between the media and the schools that they cover.

We will celebrate the 75th anniversary of our All-America Team this season, with a sponsor that will be announced Aug. 31 in conjunction with the Auburn-Oregon game in Arlington, Texas.

We will select the 27th FWAA Defensive Player of the Year (Bronko Nagurski Trophy) in 2019, with the presentation being hosted by the Charlotte Touchdown Club for a 25th straight year. And we will partner with Shaun Alexander for a second straight year to name a Freshman of the Year. We will announce an additional sponsor for that award and the 2019 FWAA Freshman All-America Team soon.

It is membership season — or #SZN, as the recruits of today would tweet — and we ask that you join or renew by July 12 to guarantee your inclusion in the 2019-20 FWAA print directory. It takes less than three minutes to join here, and your active membership will grant you access to everything on collegepressbox.com once the new and expanded site is unveiled this summer.

This really is the most wonderful time of the year — when us in the Midwest can enjoy our brief period of sunshine, when Notre Dame and Oklahoma fans can gather ‘round the grill and resist temptation to insult each other, and, most importantly, when all of us in the press can get back to doing what we love.