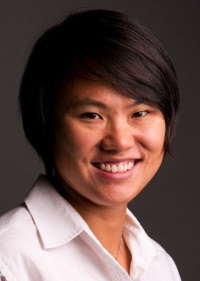 I’m incredibly honored to be called upon to lead the FWAA into its 77th year.

I fell in love with the game of football while watching the NFL on television half a world away. But it wasn’t till I started college at the University of Oregon that I acquired an appreciation for the college version of the sport.

For a native Singaporean who grew up in a country where “football” means soccer, and virtually no one I knew understood the rules of American football, I never imagined that this sport would become such a big part of my life.

As an industry, college football is perhaps the most unique spectator sport of its kind. The gladiatorial nature of the game, combined with the creativity you see at the college level, with its variety of offenses and defenses, and the built-in dramatic quality that comes from the way the season is structured – every game counts – captivates the country like nothing else.

In my career, I’ve covered college football on both coasts, reporting on schools in several different conferences and at newspapers of varying sizes. I believe that background gives me a solid base from which to understand the trials and challenges that covering this sport poses to media members at organizations of different sizes. And I hope you will all use us as a resource to help you do your jobs.

Next year, I’m excited that college football will take its biggest game – the national championship, out to the coast I’ve come to call home – Levi’s Stadium in the Bay Area. The FWAA hopes to capitalize on that to make a push out west and garner more members and exposure on that side of the country. We also hope to diversify the membership, improve our website, and make a stronger push on social media. I look forward to helping to lead that charge.

This organization has been an invaluable part of the college football media landscape for decades, and it has a proud history.

But as we know, the media industry has changed drastically over the last 15 years or so. As we continue to navigate our place in the digital age I would also like to hear from you – the membership – on how we, the FWAA board, can better serve your needs.

So please, feel free to reach out to me directly (email: sloh@seattletimes.com). I hope to hear from many of you. Enjoy the offseason (we all know that doesn’t really exist anymore).