“Dexter is obviously very gifted from the standpoint of the physicality it takes to play inside,” said Tigers’ defensive line coach Dan Brooks, the AFCA assistant coach of the year.

“We opened the season at Auburn and threw him in the mix, and he had our first sack of the season. Dexter is a very coachable young man with a great attitude who is mature beyond his years.”

The 10 FBS conferences are each represented with at least one player on the team, and there are two players from schools with independent status.

The SEC and Big Ten each placed six players on the 34-member team, while the Pac-12 and ACC had five players from their respective conferences.

The First Year Coach of the Year Award had co-winners for the first time since its inception 15 years ago, with Virginia Tech Justin Fuente and USC’s Clay Helton sharing the award.

Helton, in his first full season as the Trojans’ head coach, led USC to nine consecutive victories to close the season, including a stirring 52-49 Rose Bowl victory over Penn State.

Fuente was selected as the ACC Coach of the Year, guiding the Hokies to the ACC Championship Game for the first time since 2011.

A 12-person panel of nationally prominent writers represented each of the FBS conferences along with independents in the selecting the team.

Both true freshmen (20 players) and redshirt freshmen (14 players) were considered for the team and are so noted on the list below.

There are six former Freshmen All-Americans involved in tonight’s game.

Co-First Year Coaches of the Year 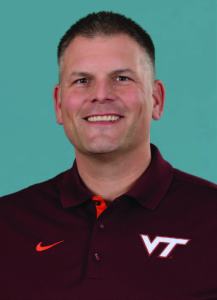 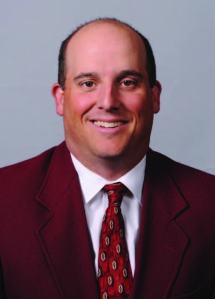