Comment by the judge: Well researched, compelling look at the problems with the Heisman system. Did due diligence in trying to get comments from all of the Heisman trustees and provided great reasoning for giving up his Heisman vote. Especially liked the reference to how media members writing freely about their Heisman votes has only helped publicize the award. 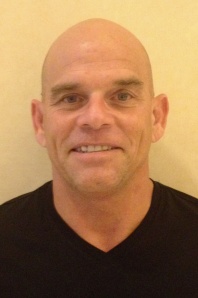 This is my way of getting out on my own terms before the Heisman Trustees can throw me out. Monday is the deadline in your organization’s ham-handed attempt (in my opinion) to make secret a process that has been a joyful, celebrated American sports tradition for decades.

As you know, in August voters were notified if they didn’t agree to hide their Heisman ballots, voting privileges would be up for review. A heretofore unenforced “non-disclosure requirement” was mentioned.

Last month about 50 of the 928 voters from 2012 were admonished for revealing their ballots. I was one of them. Your letter arrived with the names “Johnny Manziel,” “Manti Teo” and “Collin Klein” highlighted from my column with a yellow marker like I had cheated in class.

We had until April 8 to atone for our sins — aka promise “in writing” we would hide our ballots from public consumption after the voting deadline (early December). Even then, you stated regional and state representatives “will take your explanation into consideration when determining the 2013 electorate.”

So this is what Heisman double-secret probation feels like. It’s not worth it.

Not like this: Bill, it seems that you didn’t send letters to all the “violators.” I know that. I’ve received at least one call from a media member who did the same thing as me — wrote about his ballot for an annual column. So now we have a case of a previously unenforced non-disclosure agreement being applied arbitrarily.

But let’s forget that for a second. Having voted for at least 15 years, I/we at least deserved an explanation for this sudden change of protocol. I contacted all nine Heisman trustees, including you. They are captains of law, finance and industry. Eight did not return my phone messages and/or emails.

Richard Kalikow of Manchester Real Estate and Construction in New York was kind enough to spend a few minutes on the phone. Mr. Kalikow explained that while he remembers the trustees making such a decision he didn’t remember when, or many details.

“We want to keep it [voting] under wraps like the Oscars or another announcement,” Mr. Kalikow said. “We don’t want any announcements going out before the television announcement.”

That raised an important question. Did ESPN pressure the trustees to make this decision? The Heisman show has drawn record ratings lately and would seemingly be unaffected by 50 voters revealing their ballots less than a week before the announcement. I was told by Mr. Kalikow and a Heisman spokesman there was no interference from ESPN.

As for the Oscar analogy, we are talking statuettes and stiff arms, Bill. Two different things. If you mean that careers are sometimes made and lost on who wins an Oscar and a Heisman, then yes, they are the same.

If you mean the voting processes are similar, then no. According to this website, Oscar nominees are decided the same way the Cambridge, Mass. City Council is elected, the same way the Australian Senate and parliament of Ireland are elected.

The same way we elect a president. It’s called a proportional voting system and I have little idea what it means. I do know that when I voted for the Heisman, Deliotte and Touche handled the ballots and that was pretty much good enough for everyone. Now with all the ballots in one big secret pot, we’ll just have to — like the Oscars — take the accountants’ word for it.

It’s called transparency, Bill, and there is precious little of it these days in college athletics. I am resigning my vote because I cannot in good conscience participate in a process where there is more secrecy, not less. You may have noticed, there’s a huge need to keep things on the up and up in college athletics these days. The world has become a very skeptical place because of the implied words from the NCAA: “Trust us.”

There’s something wrong with O.J. Simpson still having a vote (as a former winner) and a bunch of slappy sportswriters in danger of losing theirs. A Heisman vote is not a right. I get that. But someone must still explain to me why, after 70-plus years of not invoking the non-disclosure clause, the Heisman Trust is using it as some sort of threat against loyal voters.

A threat that has become selective and unfair, considering all the voters who “violated” policy were not contacted.

“Then maybe that was an oversight on our part that we didn’t know all the people who revealed their ballots,” Kalikow said. “Everybody should have gotten a letter, probably.”

We both know, Bill, there are Heisman voters who have a hard time telling the difference between a first down and a spatula. Perhaps that’s unfair too, to those of us who care — care enough to make a special trip to the Downtown Athletic Club to survey the damage post-9/11.

This was in 2002 or 2003. The DAC was close to Ground Zero. The resulting devastation eventually reached all the way to Heisman finances. That day I crossed yellow police tape, alone, to enter the lobby of a building that held so much history.

Thankfully, the Heisman recovered to attract new sponsors and post those record TV ratings. A sophomore won the award for the first time, then a freshman. All that with us freely writing and talking about the Heisman. All of it publicizing your award, Bill.

That’s why I do know that secret ballots or not, we’re going to know the Heisman winner in advance nine times out of 10. It’s America. It’s the Heisman. It’s unique. We the people actually love that process.

Hiding things will never change the fact that voters can still anonymously divulge their ballots. I suggest you check out stiffarmtrophy.com which has predicted the Heisman winner for 11 consecutive years. There was even a way for me to keep my vote. I simply could have agreed to hide it, and write after the deadline, “I have filed my ballot and agreed to keep it secret. But if I were to divulge it, I’d be strongly leaning toward …”

Not worth it for me. Either everything is out in the open or nothing is. Lack of transparency is what has NCAA critics howling. But forget about me.

Any Heisman process that doesn’t have CBSSports.com’s Tony Barnhart as a part of it, isn’t worth participating in. Mr. CFB (Tony Barnhart) has given up his vote too.

So, what’s the point? Heisman speculation is a cottage industry. It’s not going away. Neither are those record ratings on ESPN.

Bill, please don’t do this. The Heisman is about to lose some of its luster. The Reggie Bush debacle was bad enough. This just brings unneeded negative attention to an American tradition that ranks right up there with Chevrolet and apple pie.

Hope to speak to you about this further. You should have my number. I know you have my address.

Background: Being a college football writer, Dodd is used to being out of the house on New Year’s Eve. Long before College GameDay, there was Dodd’s BirthDay, December 31, 1956. The St. Louis native arrived just in time to watch the ’57 Iowa-Oregon State Rose Bowl on the ol’ black-and-white. It got busier from there. Dodd began covering the Big Eight and college football at the Kansas City Star from 1981 to ’89. The late, great National called from ’89 to ’91. After a stop at the Omaha World-Herald, Dodd was among the first editorial staff at something called CBSSportsline.com. What was it like not seeing his name in print? To paraphrase Seinfeld, it was real and spectacular.  Anyone in need of a credential from all the BCS title games? Dodd has them from all 16. During 34 years in the business, he’s covered everything from the Olympics to the Stanley Cup to conference realignment to Notre Dame in Ireland. (Yes, the beer is spectacular.) Just get him on campus in a press box in the fall. His heart lies with college football — and the old-fashioned printed media guide.