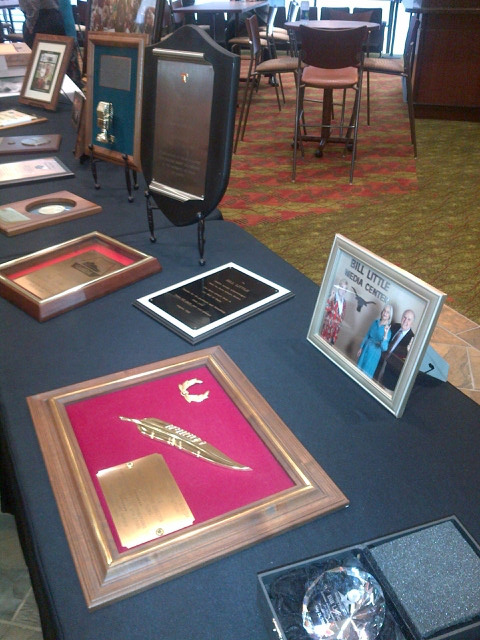 Several of Bill Little’s awards were displayed at the reception on Aug. 28. Photo by Ken Capps.