I hope you enjoyed the last few months , which the FWAA  spent working to clinch a couple of new partnerships to kick off the start of the 2018 football season. 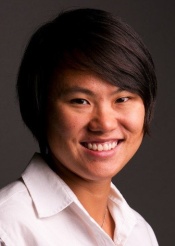 First off, you might have seen the recent news release in which we announced a partnership with the National Foundation for Infectious Diseases to present the 2018 Outland Trophy that’s awarded annually to the best interior lineman in college football. The award will officially be known as the 2018 Outland Trophy presented by the National Foundation of Infectious Diseases.

The agreement is part of an initiative to promote public awareness of influenza prevention this fall. …After all, the flu is relevant to both our membership and the people we cover. Traveling while sick sucks – and few sportswriters even use sick days when it’s game day, right?

But, this also marks the first time in 25 years that the Outland Trophy has had a presenting sponsor. And, we also picked up a worthy ambassador for the award in the process: The NFL’s iron man, newly retired former Browns left tackle, Joe Thomas, who played a mind-boggling 10,363 consecutive snaps in 11 seasons with Cleveland.

Thomas, a Wisconsin alum who won the 2006 Outland Trophy, will  announce the winner of the 73rd annual Outland Trophy on Thursday Dec. 6  on the ESPN College Football Awards Show from the College Football Hall of Fame in Atlanta, He will present the Outland Trophy to the 2018 winner at the awards banquet in Omaha on Jan. 9, 2019, and he’ll make media appearances to promote the #FightFlu campaign

We’re pumped to have Thomas and the NFID participate in Outland Trophy Awards festivities.

There’s more to look forward too, though.

This fall, we will unveil the inaugural Shaun Alexander Freshman of the Year Award to honor college football’s most deserving newcomer.

Alexander, a three-time Pro Bowl running back with the Seattle Seahawks, was a four-year starter at the University of Alabama. In his redshirt freshman season, he set a new school record with 291 rushing yards and four touchdowns in the Tide’s 29-0 win over LSU at Tiger Stadium. Since his retirement in 2008, he’s settled down in  suburban Washington D.C. with his family, and we’re proud to add his namesake award to our lineup for the year.

The award winner will be selected by the FWAA Freshman All-American committee, whose membership includes Alexander. So keep your eyes on promising freshmen this season, and feel free to shoot any suggestions their way

In the meantime, don’t forget that collegepressbox.com, as always, is a one-stop shop for all your research needs when you’re working on those season previews. Also, look out for Reddit chats that we’re doing. We’ve hosted five so far, and will likely push a few more out the pipeline. So stay tuned and stay busy!