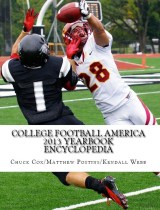 College Football America Yearbook/Encyclopedia, published by FWAA member Kendall Webb, includes information on all college football programs in the United States and Canada including all NCAA, NAIA, NJCAA, CCCAA and CIS programs along with an update on College Club Football, Postgraduate Prep Academies and One-Year Sports Academies, along with an annual update on Mexico’s college football scene. It covers the entire scope of North American College Football. The book is printed by Amazon.com and is available through major retailers, including Barnes & Noble. It’s also available in a digital PDF version. 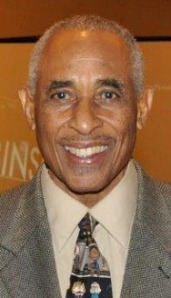 DALLAS — Eddie Robinson Jr., 70, son of the late and legendary Grambling State University football coach Eddie Robinson, passed away on Wednesday evening at Baylor Hospital in Dallas after complications from a heart transplant.

Eddie Robinson Jr., is a former Grambling State football player and assistant coach and one of two children of Eddie Robinson, the winningest coach in Division I history. Eddie Robinson Jr. was a longtime friend of the Fiesta Bowl, which for 16 years has collaborated with the Football Writers Association of America to choose the Eddie Robinson Coach of the Year.

“The Fiesta Bowl mourns the loss of a valued friend and extends its condolences to the Robinson family and Grambling State University,” the Fiesta Bowl said in a statement. “Eddie Jr. worked tirelessly to preserve his father’s legacy through the Eddie Robinson Coach of the Year Award, and his remarks were always a highlight of the annual award presentation.”

“With Eddie Jr., it was never if he would do something for his father’s legacy, it was always when and where,” FWAA Executive Director Steve Richardson said. “In his own right, Eddie Jr. was an astute football mind and had a keen interest in college football and the coaches who were selected as finalists for the award each year. His input was always welcome and will be sorely missed moving forward. Besides his influence on the award, he was a supporter of what was good in college football.”

END_OF_DOCUMENT_TOKEN_TO_BE_REPLACED 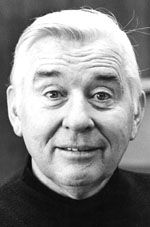 For years, they talked every Monday over breakfast about almost everything but the thread that pulled them together in the first place, Notre Dame football.

Politics, world geography, family, life – and one day sorting through the news of a plane crash in some far off place.

“It was years into our relationship,” Parseghian said of his longtime friend, who chronicled the College Football Hall-of-Famer’s 11 seasons in South Bend (1964-1974). “And it really came up in passing. But once he mentioned it, I had lots of questions for him, because I found it so fascinating, his double career.”

END_OF_DOCUMENT_TOKEN_TO_BE_REPLACED

In this is a section of The Fifth Down we will post information from FWAA members that will help other members to cover games or enrich their experiences, such as good restaurants near stadiums, easy routes to the games or good places to stay in certain cities. It could also include interesting experiences writers have had in certain college towns or sights to see.  Please send your Helpful Hints to Executive Director Steve Richardson at tigerfwaa@gmail.com or Ken Stephens at ken.stephens@sbscglobal.net.

The Football Writers Association of America annually names its “Super 11” sports information departments, which are deemed the best in the NCAA Football Bowl Subdivision.

END_OF_DOCUMENT_TOKEN_TO_BE_REPLACED 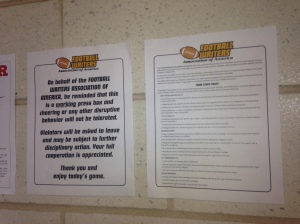 The FWAA Press Box Statement and Code of Ethics were posted on the wall of the press box at Yankee Stadium during the New Era Pinstripe Bowl on Dec. 28. Photo courtesy of Phil Marwill of the National Football Foundation.

The Football Writers Association of America takes very seriously the conduct of its members involved in the process of news gathering and how they interact with news sources which include, coaches, athletes, administrators and other athletic officials involved in allied fields.

To that end, the FWAA has an Ethics and Press Relations Committee which will review all cases brought before it by news sources in regards to complaints about the actions or conduct of FWAA members in the field.

The FWAA Ethics and Press Relations Committee can make recommendations for membership exclusion of those who do not abide by the standards below or take steps to remediate members who have violated the policy.

As adopted from portions of the Society of Professional Journalists Code of Ethics. The FWAA Ethics and Press Relations Committee believes FWAA members who are part of the news media should strive to do the following:

END_OF_DOCUMENT_TOKEN_TO_BE_REPLACED 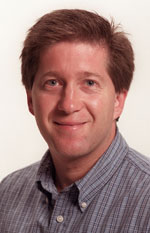 DALLAS — Jon Wilner, a veteran sportswriter for the San Jose Mercury News, has been awarded the 2013 FWAA Beat Writer of the Year Award for his coverage of the Pac-12 Conference and West Coast college sports.

The FWAA’s Beat Reporter of the Year Award is based on a comprehensive look at the way a person covers the beat and encompasses all categories of coverage over a period of time.

Wilner, 46, has worked at the Mercury News since 2000 and has held various reporting roles in the college scene for the newspaper and its website, covering Stanford, Bay Area colleges and Pac-12 beats. Wilner’s highly popular blog, “College Hotline,” receives millions of page views annually.