Immediate past FWAA president Lenn Robbins of the New York Post has left the newspaper to work for BrookylnNets.com and BarclaysCenter.com. He had worked 16 years for the New York Post. Among his assignments will be the Brooklyn Nets, New York Islanders and championship boxing and college basketball.  “I have accepted the job with the understanding that I will have the independence that I’ve enjoyed to report and to analyze,” Robbins said upon accepting the position.

David Ubben has moved from espn.com  to foxsports.com. … Danielle Moorman has resigned her post as executive director of the Davey O’Brien Foundation to accept a position as director of marketing and communications at Low T Center. … Olivia Kiespert has moved down the street in Irving, Texas, from the National Football Foundation to Conference USA. … Joe Galbraith, SID at Mississippi State, has accepted the position as Clemson University’s assistant athletics director for communications. … Herb Vincent left his post at LSU as vice chancellor for university relations to take a similar position at the Southeastern Conference. … Randy Riggs of the Austin American-Statesman has announced he is retiring after more than 35 years at the paper. In recent years he has been the paper’s beat writer for the Longhorn football team. Other recent retirements:  Herb Gould, Chicago Sun-Times; Mike Pearson, Miami (Ohio) University; Marc Dellins, UCLA.

Long-time Ruston (La.) Daily Leader sportswriter and columnist Buddy Davis has been battling health problems in recent months since suffering a stroke on July 5 and has been in and out of Louisiana health facilities, but he is still writing!

He also is still winning awards. He is one of five individuals who will be inducted into the Louisiana Tech’s Athletic Hall of Fame on Nov. 9.  He also has been recognized as the university’s College of Liberal Arts’ Alumnus of the Year. Davis, a 1969 journalism graduate, has spent nearly 50 years working as a sports writer for the same newspaper. 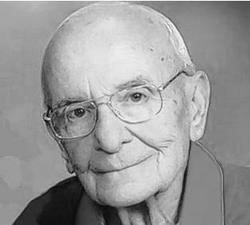 Gene Schill, 77, passed away on Oct.9. The former Dayton University sports information director and associate athletics director, had been an FWAA member for more than 30 years, joining in 1982.  The following is a column by Tom Archdeacon of the Dayton Daily News.

When the funeral Mass ended Monday, Chris Schill left his pew in the front of St. Albert’s Catholic Church, walked to the lectern, turned around and looked past his dad’s casket.

He had his eulogy written out in front of him — and it would be a beautiful — but an even better one may have come when he got his first glimpse of the crowd.

END_OF_DOCUMENT_TOKEN_TO_BE_REPLACED

“Tigers vs. Jayhawks: From the Civil War to the Battle for No. 1,” by Mark Godich

The book  traces the bad blood between the schools and the states to the Civil War and before. It revisits the early years of the rivalry. It examines how Missouri coach Gary Pinkel and Kansas coach Mark Mangino built Big 12 doormats into championship-caliber teams.

It deconstructs the deal that was struck to move the 2007 game to Kansas City, Mo., denying the Jayhawks the opportunity to host the biggest game in program history. It explores the Orange Bowl’s head-scratching decision to invite Kansas over Missouri.

END_OF_DOCUMENT_TOKEN_TO_BE_REPLACED

FWAA Members are encouraged to send brief overviews of books you have written, beginning with releases in the calendar year of 2013. These do not have to be college football books per se, but have to be written by active FWAA members.

● A brief synopsis of the book, not to exceed 300 words, with a link to where the book can be purchased on line.

● The retail price of book and where it may be purchased in a store.

● A short history about the author, not to exceed 200 words.

We take care of our own.

One of my primary goals as FWAA President this year was to help facilitate the placement of a member on the new College Football Playoff Selection Committee.

I learned this was my goal when former FWAA President Mark Blaudschun pulled me aside last January in Florida and, with the lullaby gentleness of a New Jersey longshoreman, said  “Your job is to get member on the playoff selection committee. … Don’t screw it up.”

The FWAA was thrilled in mid October when it was announced the new 13-member panel for the College Football Playoff would include former USA Today college writer Steve Wieberg.

It was almost surreal to hear Wieberg on the same conference call hook-up with Rice.

“To be a part of it is beyond humbling to me,” Wieberg said. “I feel a little bit like Ringo, and there are four Johns, four Pauls and four Georges in the band. But Ringo was a contributor, and I plan to be a contributor.”

Wieberg, who was co-winner of the FWAA’s Beat Writer of the Year Award in 2012, knows he will get a little bit a help from his friends.

END_OF_DOCUMENT_TOKEN_TO_BE_REPLACED

The new press box is the result of a three-year Rose Bowl project that updated the stadium in several areas.

The column below was written after the 1955 Rose Bowl Game, which was won by Ohio State over Southern California, 20-7 — apparently during some inclement weather. Arch Ward, the famous Sports Editor of the Chicago Tribune and an FWAA officer during that era, refers to Soldier Field in Chicago as a poor venue for writers to cover games, but not as bad as the Rose Bowl was back then.

Thankfully, there are windows now in case it rains in sunny California and the press box personnel are much more congenial.